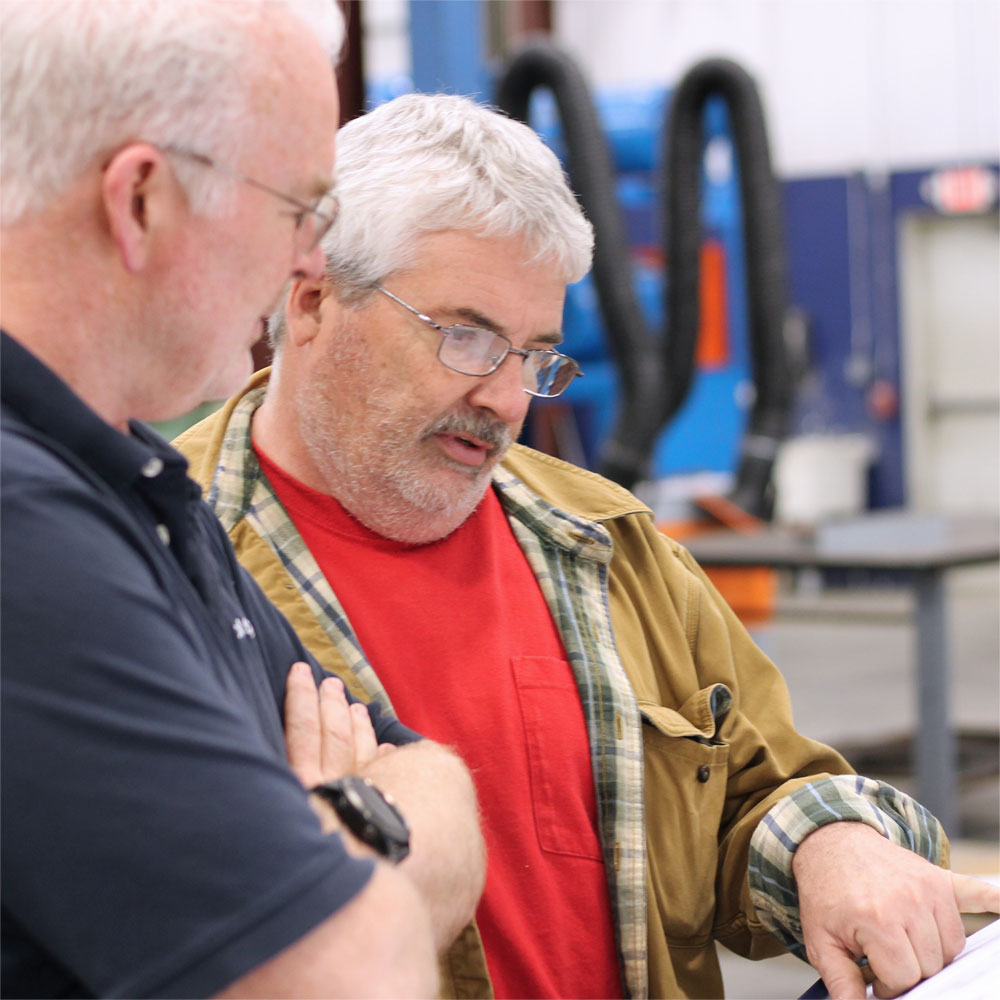 John Mattick joined pdblowers, Inc. as Partner in 1993. In the nearly twenty-five years of his time building the company, he has routinely led engineering teams to application solutions and built enduring business relationships. Today, he is a Lead Engineer specializing with original equipment manufacturers and manages major client accounts. John has extensive experience analyzing systems in the field, identifying issues when they emerge, and finding solutions that fit industry needs. His expertise includes fly ash handling and wastewater treatment industries.

After earning his BSCE in Chemical Engineering at Purdue University, John worked for Dresser Roots Headquarters in Connersville, Indiana. For the first ten years of professional life in Chicago, he engineered solutions and gained a strong industry knowledge of the needs involved in conveying systems.

John’s friend and colleague Len Hene introduced him to son Jim Hene, also a Purdue engineering graduate. John worked on a project with Jim and joined him in business soon after. Then focused on the Southeastern United States, John managed projects from Savannah to Tennessee, also dedicating attention to client needs wherever they emerged. As pdblowers grew, John forged a team-oriented, problem-solving ethic for the company. He works with the maxim of treating others as he wants to be treated. When clients have a problem or question, he gets involved to find the answer and inspires his teams to evaluate their processes to do the same.

When he’s not wearing one of his many hats at pdblowers, John spends time with his wife, daughter, and son.